Welcome to Sexy Time Toy Zone where our aim is simple, ‘to make pleasure accessible for everyone!’ Unlike other adult toy pages, we aren’t a retail site, instead we’re here to tell you all about the best sites and products around on our ‘Scintillating News and Reviews’ page. So you can expect unbiased opinions and can choose if you want to buy from their incredible range of products. Check out our ‘Product of the Month’ for the latest in erotic treats and the ‘Fifty Shades of Pleasure’ which will make selecting that little bit easier; by gathering the best of the best. Remember to check out our Twitter page @SexyTimeToy, and leave your opinions on the top sexy products around. 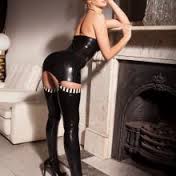 Sexy Time Toy Zone like to bring you the best of the best and we have lately been looking at what turns you sexy readers on. It got us thinking, SO we decided to create a list of the 20 strangest fetishes we have ever come across.

Sexual Fetishes can range from the uber weird, say Zoophilia which is a desire for non-humans aka animals, to the run of the mill fetishes such as Podophilia which is a foot fetish. No one can clarify as to why a fetish occurs, or as to what causes it but what is clear is that whatever the chosen fetish, it then takes control of the persons sexuality and becomes the ‘norm’ for that individual.

But fear not my Sexy Time Toy Zoners, if you don’t think you have a fetish yet, are unsure as to why you love the mannequins in the store, or why tickling someone gets you all hot and bothered then read on and you’ll realise you are not alone.

The 20 Strangest Fetishes are; 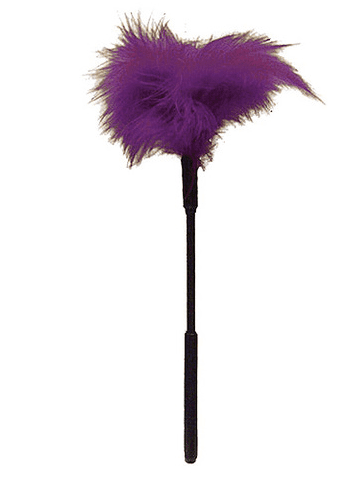 If you have ever found yourself becoming aroused when having a tickle fight with someone, this means you have the fetish Titillagnia. You can enhance your experience with feather dusters or scarves and a blindfold, so you don’t know when it’s coming. Just be careful who you tickle though, as it could get awkward if your play fighting with a sibling.

If you find yourself in the clothes store feeling rather excited, this is due to you having a fetish for mannequins otherwise known as Agalmatophilia. You may also find you have a deep desire for dolls or statues as well. But fear not this is quite a popular fetish and we can all probably figure out why; no complaints, no back chat, no wants other than your own I get it I really do!

So let’s ignore the fact that this fetish is so hard to pronounce and get straight into the nitty gritty. Have you ever dressed up like an animal for a party and thought that you really enjoyed it; maybe too much? Then started doing it at home and thinking of ways to get away with turning up at work dressed as a bear, or a rabbit?? If so then you have Ursusagalmatophilia otherwise known as the Furries/Plushies Fetish. It is very popular with people who like to try and ascribe animals with qualities of a human. This fetish derives from Zoophilia which means there is an underlying attraction to real animals which develops into wanting to act / look like one. 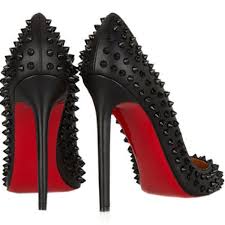 Partialism is when you are turned on by a specific body part such as ankles, wrists or a women’s foot in high heeled shoes. So if you find yourself constantly gazing at feet, or the nape of someone’s neck and wondering why there is a change in your breathing, or maybe your heart rate has fluttered slightly, then the chances are you are a partialist.

If you like the idea of getting dirty during sex (and this can mean many things) this is called Salirophilia. It can come in many forms, not showering before sex, smearing your makeup and messing up the hair; be it on yourself or your partner. Some Salirophacs like to get dirty before sex, others like to do this during sex building up the messiness to their sexual climax. This fetish stems from latent dominatrix/submissive fantasies, the need to control the situation or to demean yourself or your partner.

Ok so, we all complain when guys don’t act their age, but take a step back for a second and wonder why? Is it just them being childish or is there a darker reason for their actions. Paraphilic Infantilism is a known fetish where diapers and pretending to be an infant is actually a turn on; go figure!! 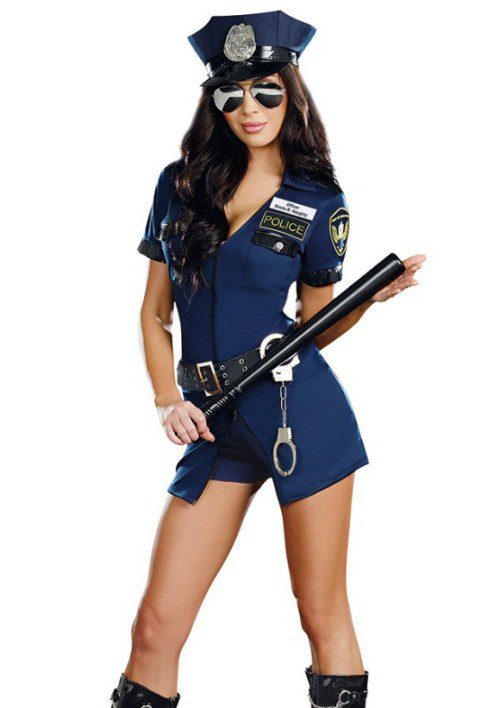 Also known as Bonnie and Clyde syndrome, where if you are drawn to the bad boy type, the rough and ready ones that always seem to be in trouble then you have a fetish known as Hybristophilia or Criminal Love. The extreme end of this is women who are attracted to criminals, even those who are serving time for horrific crimes; there is just something about the bad boy type we can’t escape. The less extreme is those of us that are attracted to the guys that look dark and broody, like they are about to get into a fight for no reason, or they are always in trouble.

This fetishism is something that has been around for years, but has grown extensively over the years due to media coverage. If you find that blood (using, drinking or even just thinking about it) turns you, on then you have Hematolagnia or the Vampire Fetish. Films such as Twilight, romanticising vampires and books depicting sexual acts between human and vampires have led to an increase and so have fantasies of vampirical tendencies including biting and drawing blood.

Have you ever felt that sexy feeling creep up on you when faced with an amazing car, coffee maker or stereo system; feelings that you used to only get when having sex. If so then you have Mechanophilia which is where cars, gadgets or other such objects become the centre of your sexual experience. It is born from the exhibitionist streak in an individual, wanting to show off and be proud of what you have been able to purchase. But then it becomes more basic and develops into the fetish, which means you need that item near you to enjoy the sexual experience.

Remember the lady who married the Eiffel tower, or the woman who makes love to a bridge? Well they suffer from a fetish called Objectum-Sexual. It’s where a person experiences feelings of love, arousal and attraction for inanimate objects leading to them to want to make a commitment to that chosen item. 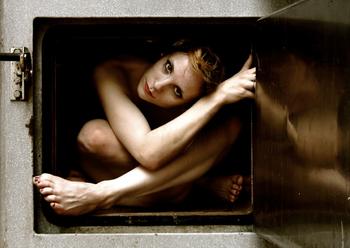 Not to be confused with claustrophobia, this is in fact completely the opposite. If you like the idea of getting down and dirty in a confined space then you definitely have Claustrophilia. Just make sure that your partner doesn’t have Claustrophobia otherwise it’s not going to be a fun time; well for them anyway.

Do you find being bitten a turn on? Do you like to bite your partner either during sex or as a bit of foreplay? If so then you have what’s called Odaxelagnia (this is not classed as a vampire fetish which we touched upon earlier). I myself don’t like to be bitten I’m a bit of a wimp when it comes to pain, but there are those of you out there that do and find that biting at the most exciting times during sex, heightens the climax.

This is a bit of a strange one for me as I now realise an old boyfriend probably had this fetish and I was completely unaware. If you get turned on when people cry or the act of making someone cry does, then you definitely have this fetish. Dacryphilia is the term that is given to someone who gets turned on either by crying, the intense emotions that someone feels while crying, or in the extreme cases making someone cry intentionally.

So before you go on to think I’m about to start talking drugs, it’s quite the opposite. Poppers or Looners is a term attached to people who are aroused by balloons popping. Personally I jump out of my skin every time a balloon pops, but it apparently signifies an orgasm to those who have this fetish and hearing the balloons pop intensifies their own feelings during intercourse. It is believed that this fetish develops as a child, however some have developed it later in life. Going to parties will have a whole new meaning to you all from now on eh? 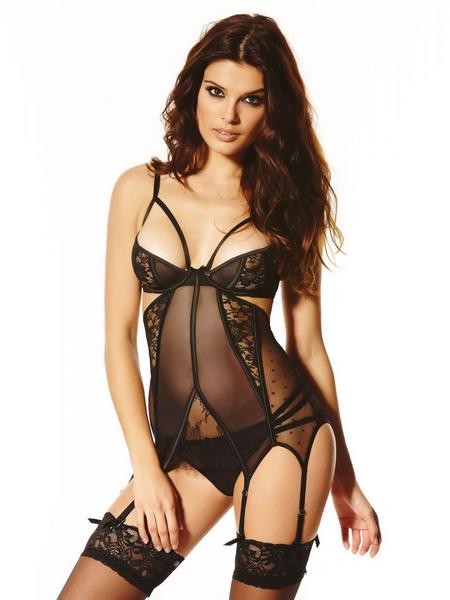 Girls, do you sometimes find yourself dressing up as a man or imagining life as a man, if so then you have the fetish known as Autoandrophilia. It can apply to both heterosexual and homosexual women, and it usually stems from having a lack of a male role model in your life. See we always knew we could be men better than they could!

Have you ever been sleeping and just known that whoever is in your bed is awake and staring at you. This usually means your partner has a fetish called Somnophilia or the Sleeping Beauty fetish as it’s sometimes known. Guys in general are more inclined towards this fetish and have a tendency to enjoy watching their partners sleep. It usually is more about power and control, so we are heading back into the domination/submission areas. But as far as fetishes go this is one of the mildest, but it would drive me nuts knowing someone was watching me sleep!

Do you enjoy spending your time out in the woods, getting a little too close to nature; maybe a bit of naked tree rubbing? If so then you have a fetish called Dendrophilia which is a sexual interest in trees. Again not the most disturbing of fetishes out there, just be careful when stripping off to frolic in the woods you never know when you might happen upon a campsite or even a bear ( unless you also have Zoophilia in which case play nicely).

This is one that really sets my nerves tingling and not in a good way, Oculolinctus is a fetish that involves gaining pleasure from licking someone’s eyeball (I can barely put in my contacts without squirming away from my finger as it heads for my eye, let alone let someone else touch it with their tongue). But again not really a disturbing fetish just a little on the weird scale and apparently more common than you think, something to do with tears ( Dacryphilia) and the taste being salty. 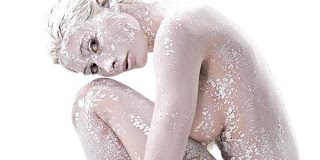 Now I can’t get behind this fetish at all, not because it’s strange or disturbing but because I am completely nesh when it comes to being cold. Psychrophilia is a fetish where one gains arousal upon contact with cold objects, extremely cold objects or watching others freeze.

Have you ever felt the desire to suck on someone’s nose? Or find noses in particular arousing? If so then you have a fetish called Nasolingus which is centered around gaining arousal from sucking on a person’s nose.

With so many fetishes we’ve realised it’s a funny old world and if we all liked the same things it would be pretty dull. Embrace your fetish because it’s part of who you are and keep an eye out for more interesting pieces coming from the Sexy Time Toy Zone minds in future.

If you are interested in exploring and buying toys and clothes to enhance your fetish, then check out Simply Pleasure and Oscuro who are both experts in this field and can help advise you on the best ways to make sex even sexier!

Product of the Month